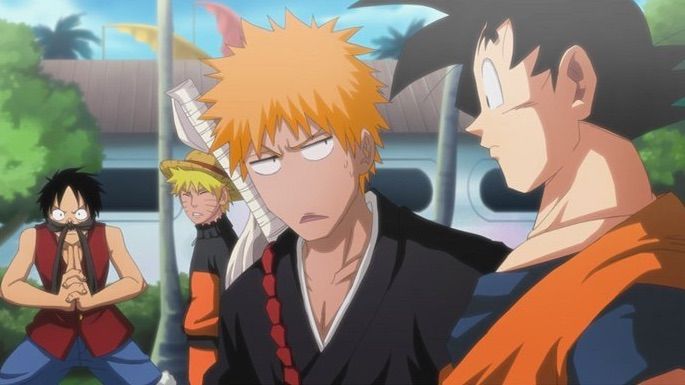 Aavi scoured the net for recent news and trends in the Food Industry but to his avail had little luck. He finally thought he found a great article only to find out that it was published in 2014. “Ahh, 2014”, wasn’t a great year, but it was definitely before the years where shit had hit the fan. “Oh well”, Aavi thought, the article itself was pretty interesting so, why not blog and research it. 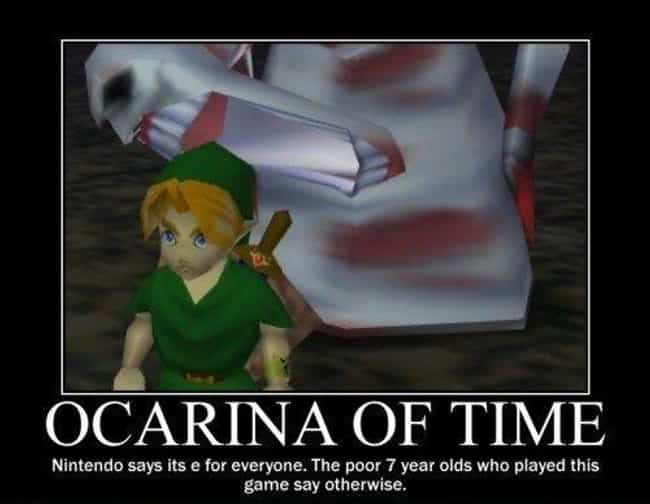 What’s up my Young Uchiha’s, it’s your favourite grammer mudblood Aavi back again to make you appreciate your initial boredom after mow through this blog. By the way, I got the idea of the title from a whatsapp group chat that my cousin started, pretty rad, right? FSIS is fast-tracking new technologies for use and sharing the information with the entire food processing industry. Well if you’re just like me and wondering what the FSIS is, I’ll gladly tell you. FSIS stands for Food Safety and Inspection Service, which is a USDA organization responsible for food safety. United States Department of Agriculture is what USDA stands for if you’re wondering by the way. 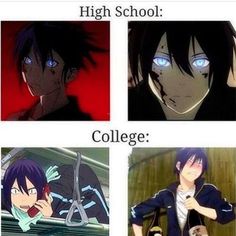 So, what are these wonderful new technologies that FSIS has promised to deliver? Well, firstly FSIS defines “new technology” is defined as a new application of an existing method or as a new piece of equipment, procedure, or substance involving the slaughter of livestock, meat processing, and egg products. The most useful examples of these new technologies include antimicrobials and steam pasteurization that have been adopted as a standard and principal of safety by several faculties of the Food Industry.

These new technologies are listed on the agency’s New Technology Information Table, along with information and regulatory requirements, making them available for immediate use to parties of interest. The main purpose of the implementation of these New Technologies is to emphasise food safety and to prevent and decrease the risk of food borne illnesses. The interesting thing about these technologies and the way they were carried out was that these processes were in use before the paper work had officially gone through and been approved. 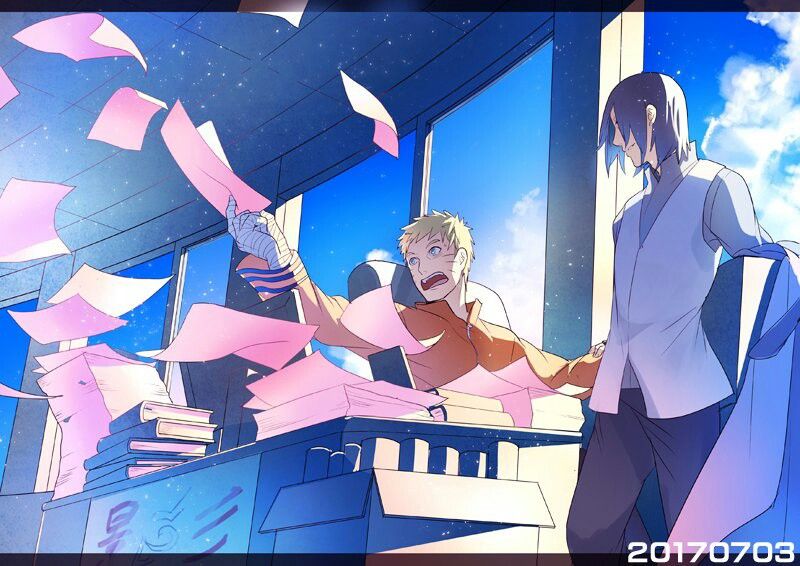 The four new additions to the New Technology Process list include:

Carbon Monoxide used in the packaging of meat

CO can be utilized at different stages of the value chain of fresh meat, in animal slaughter, distribution, pre-treatment before storage, processing and display packaging. The use of CO in fresh meat packaging gives promising results due to its positive effects on overall meat quality; red colour is enhanced and lipid oxidation is reduced. 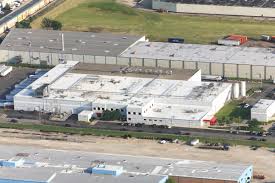 But before we go any further, let’s briefly go over what carbon monoxide is. CO is a toxic gas, it is produced by the incomplete combustion of carbon-based materials (fossil fuels, industrial and biological processes, wood, etc). CO is an odourless, colourless, tasteless gas, non-irritating and non-suffocating. Its density is very close to that of air (0.967). It diffuses very quickly in the ambient environment occupying all the space available, which is potentially dangerous in a closed environment.

Oxidation are reactions that involve oxygen, and in this case a reaction between fat and oxygen, although also can involve light and other factors. Improper storage, such as exposure to oxygen and moisture, results in oxidation of meat which results in negative sensory attributes such as off coloured and off flavoured meat. CO is important as it either slows down or prevents oxidation from occurring, when used at the right concentrations. 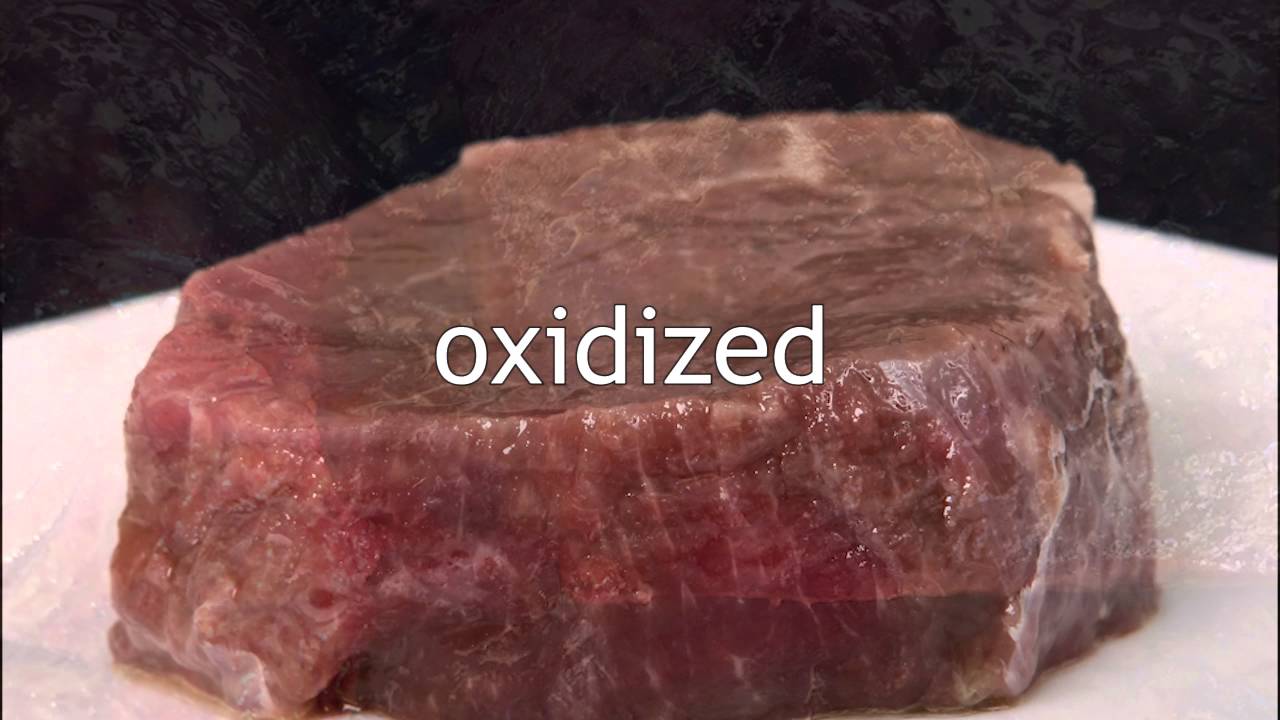 CO has been reported to prevent the growth of microorganisms. Combinations of CO with other gases to control microbial growth provide an excellent opportunity for meat processors to improve shelf-lives of the retail packed fresh meats. CO is selectively bacteriostatic for various microbial populations. CO extends the lag phase and slows the growth rate (log phase) of Escherichia coli, Achromobacter and P. ﬂuorescence .

The lag phase is a phase of growth of bacteria, which can be said to be the starting time of growth for bacteria. It is usually very slow (Slowest phase) and usually requires the right conditions and nutrition to enter the next phase. The log phase is the phase where bacteria grows rapidly and spread extremely fast. Once bacteria hit this phase they are able to start mass producing in order for the new set of bacteria to begin log phase.

Fresh meat is a highly perishable product due to its biological composition. Meat colour is frequently used as an indicator of freshness and wholesomeness, so colour plays a critical role in determining consumers’ purchasing decisions. Pigment oxidation, and the subsequent browning, is the primary basis for consumer rejection of fresh retail beef. Incorporation of CO in the gas mixture can provide a stable, cherry red colour to the meat by formation of carboxymyoglobin which is resistant to oxidation. 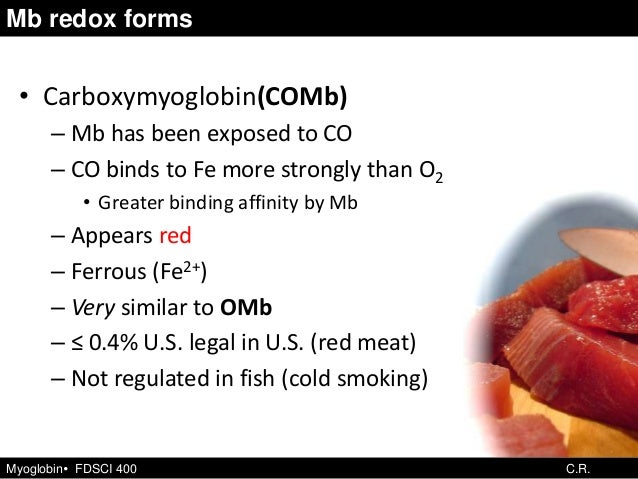 These are just some of the reported benefits from use of CO in the food industry.

The need for such a technology arises from the increased demands for greater expectation in relation to quality, convenience, safety and extended shelf-life, combined with growing demand from retailers for cost-effective extensions of fresh muscle foods’ shelf-life, the food packaging industry quickly developed to meet these expectations. And when I say muscle foods, I’m talking about meat and meat products mainly. During the last few decades, modiﬁed atmosphere packaging (MAP) of foods has been a promising area of research, but much remains to be known regarding the use of unconventional gases such carbon monoxide (CO).

Chlorine Dioxide as an antimicrobial agent 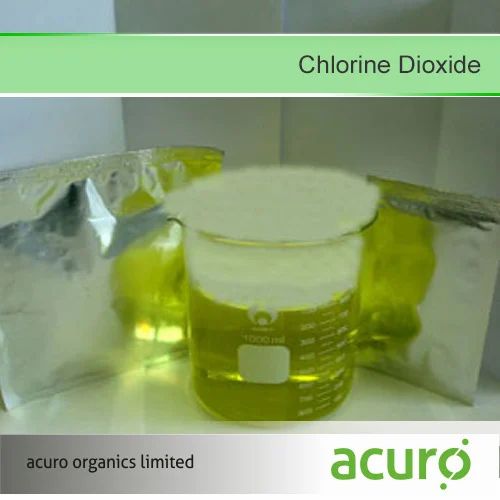 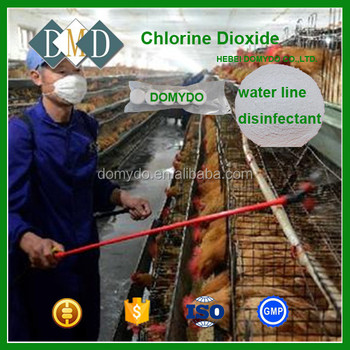 One of the first uses for Chlorine Dioxide, was in 1995 when chlorine dioxide was approved as a food additive in poultry chiller water. Chlorine dioxide at levels of 3 ppm or less  can be used as an antimicrobial agent in water used for the chilling of poultry, when used to wash fruits and vegetables, applied to red meat carcasses, seafood, as well as to parts and organs. Additionally, generation of aqueous chlorine dioxide has been demonstrated to be safe for plant workers, federal inspection personnel, and consumers. 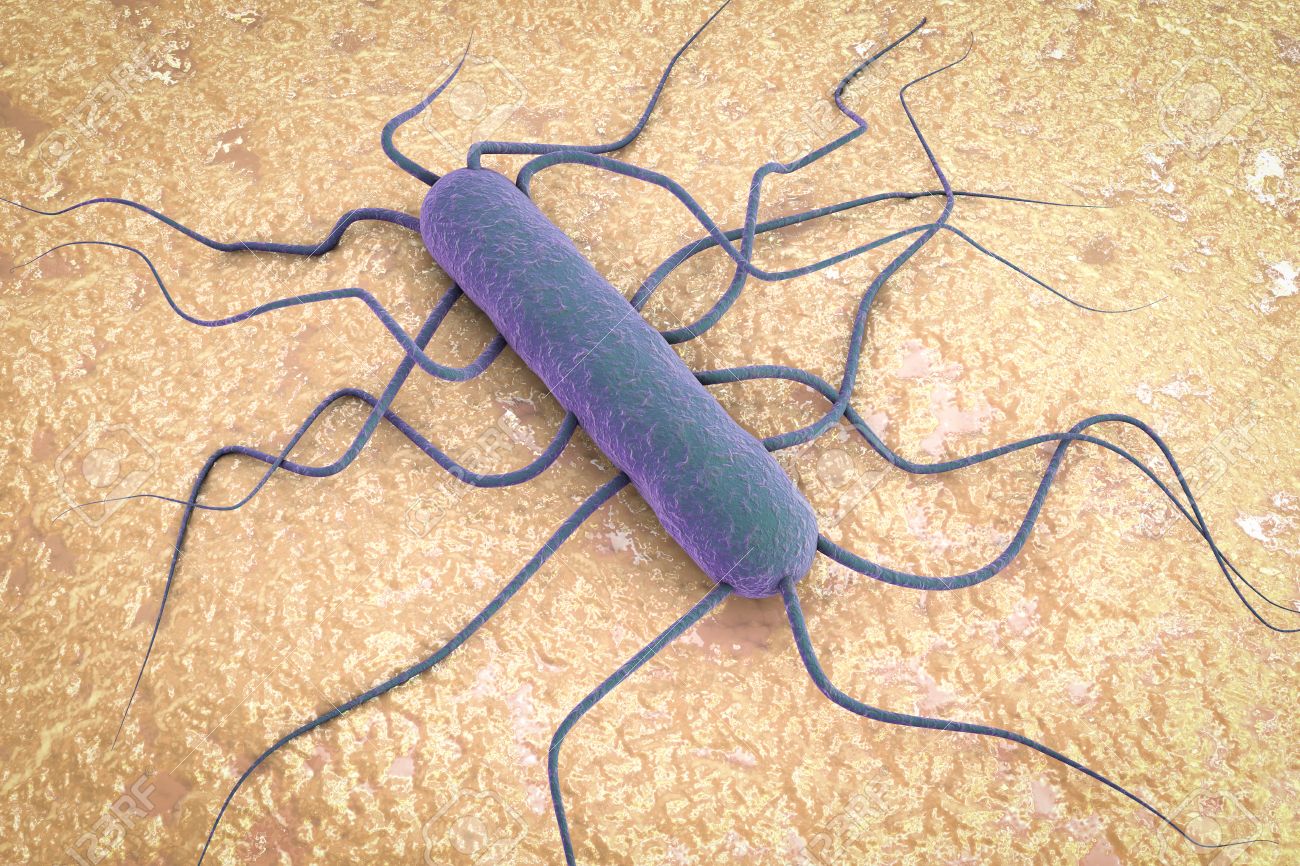 Despite Chlorine Dioxide having the effect of significantly reducing the numbers of microbes, there have been pending investigations into it’s effect on Listeria monocytogenes. Upon researching work that has been done, there are conflicting results. What is clear, is that pH of the brine solution and chemicals (such as calcium) within the brine solution can decrease it’s potential effect on Listeria monocytogenes , so further investigations are needed.

Listeria monocytogenes in this case is especially stressed as it is a major cause of food borne illness in the meat and poultry industry. Therefore, controls and anti-microbial agents are always tested to observe it’s effect in a controlled as well as randomized environment to measure it’s activity against Listeria monocytogenes. 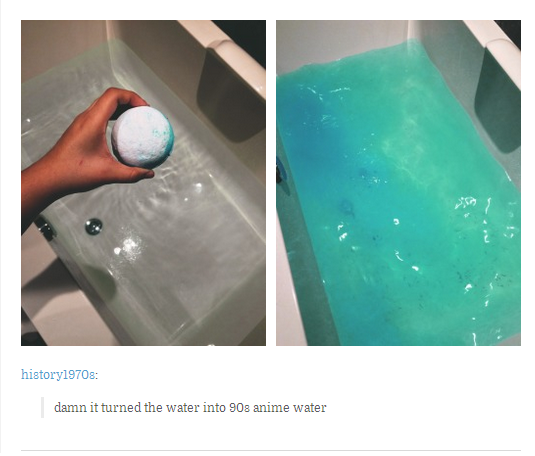 Microbial contamination of animal carcasses is a result of the necessary procedures required to process live animals into retail meat. The contamination can be minimized by good manufacturing processes, but the total elimination of foodborne pathogenic microorganisms is difficult, if not impossible. A variety of methods have been developed to reduce the levels of contaminating bacteria on carcasses, although most of the current methods focus on washing and sanitizing procedures.

The commonly used sanitizing agents include hot water, chlorine, and short-chain organic acids. The effectiveness of these compounds varies by the concentration used, the temperature of the sanitizers and contact time, the sensitivity of the native microflora to the specific compound, and to a certain extent the design of the specific experiments. The consensus of the research is that carcass sanitizing can reduce the initial levels of bacteria on the surface of the carcass.

Rinsing with water is a common way to sanitize carcasses. Physically removing bacteria remaining on carcass surfaces by washing with water and subsequent sanitizing has been shown to be a practical and effective means of improving the microbiological quality of fresh meat. Washing the animal prior to slaughter with cold or hot water, as well as carcass washing, brushing, and drying combinations have all been reported to reduce the population of bacteria on carcasses. 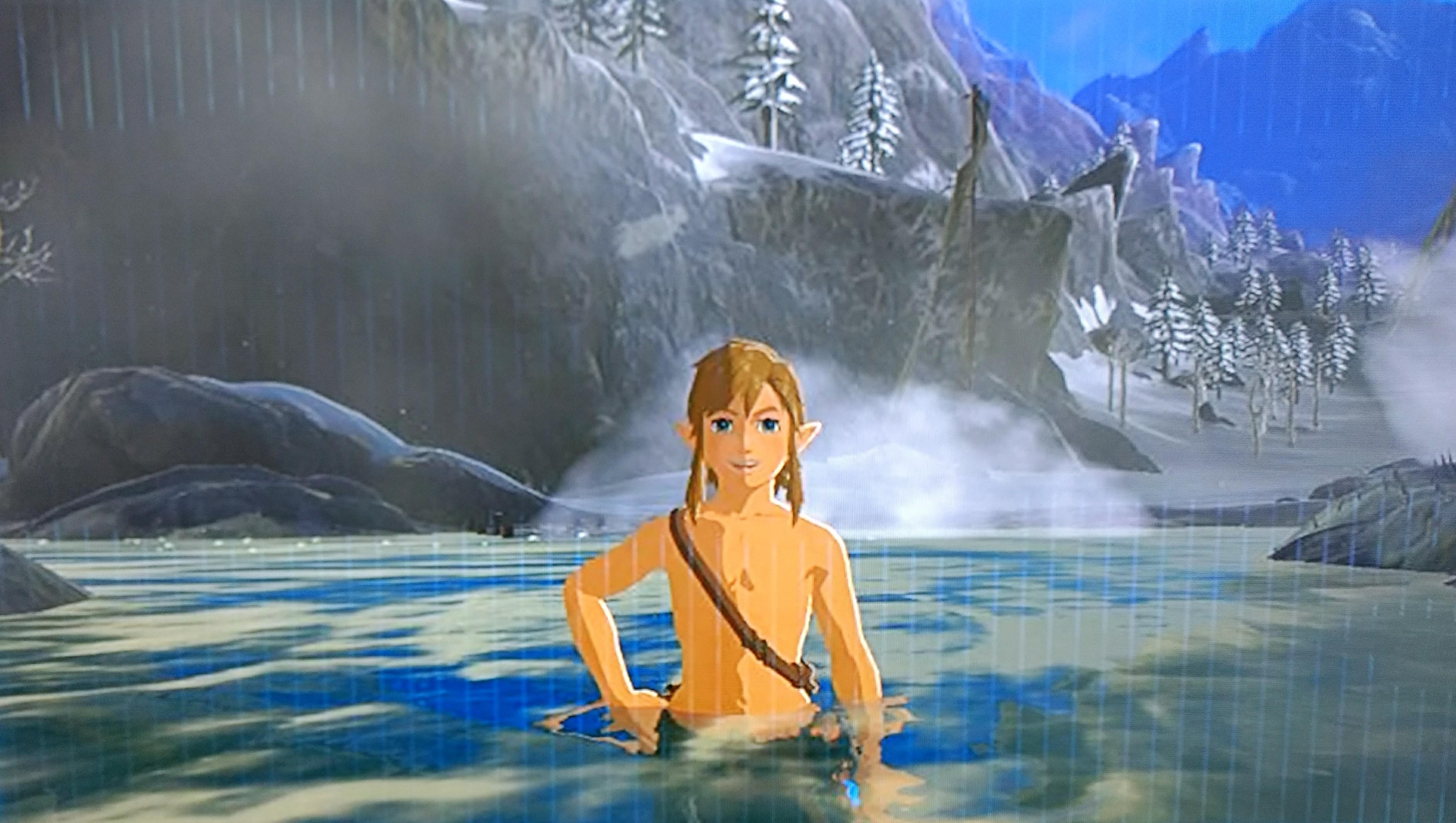 In some processing applications, water is sprayed at high velocities and pressure at the carcass and this needs to be carefully monitored as it can cause discolouration to tissue if these 2 factors are not properly regulated.

The next form of mixings and solutions application is the use of organic acids. Organic acids, such as acetic or lactic acids, have been used to sanitize carcasses because they exhibit good anti-bacterial properties. They have exhibited a great degree of inhibition of fatty acids against Salmonellae in meat and bone meal. It has been found that short chain fatty acids had an antagonistic effect on a mixture of Salmonellae strains. Lycopene extract from tomato is a lycopene-rich extract prepared from the ripe fruits of tomato. The product is manufactured by crushing tomatoes, to produce crude tomato juice that is then separated into serum and pulp. The pulp is subsequently extracted using ethyl acetate as a solvent. The final extract consists of tomato oil in which lycopene together with a number of other constituents that occur naturally in tomato, are dissolved and dispersed. These constituents include fatty acids and acylglycerols, unsaponifiable matter, water soluble matter, phosphorous compounds, and phospholipids.

The major colouring principle in tomato extract is all-trans-lycopene, however, minor amountsof cis-isomers and other carotenoids and related substances including ß-carotene, phytofluene, phytoene and tocopherols are also present. The intended use of lycopene extract from tomato is as a food colour in dairy products, non-alcoholic flavoured drinks, cereal and cereal products, bread and baked goods and spreads, to provide colour shades from yellow to red.

Lycopene extract from tomato may also be used in food supplements. The use levels of the extract, expressed as lycopene added to food, may vary from 2 mg/l in bottled water to 130 mg/kg in ready-to-eat cereals. Lycopene in the extract was shown to be stable when stored at room temperature and at 4°C for up to 37 months. When used as a food colour, lycopene remained stable in the food matrix under appropriate storage conditions. Lycopene stability depends on the particular food to which it is added, as well as on the production process.

And there you have it folks, now I am tired from browsing through pdf’s and ultimately just giving up after reading through 10 pdf’s. I decided to translate those 10 pdf’s and combine them with my limited knowledge and simplify this blog as much as I could for understanding and to make my life easier.

From Lord Sri Krishna and Aavi, we’re out. 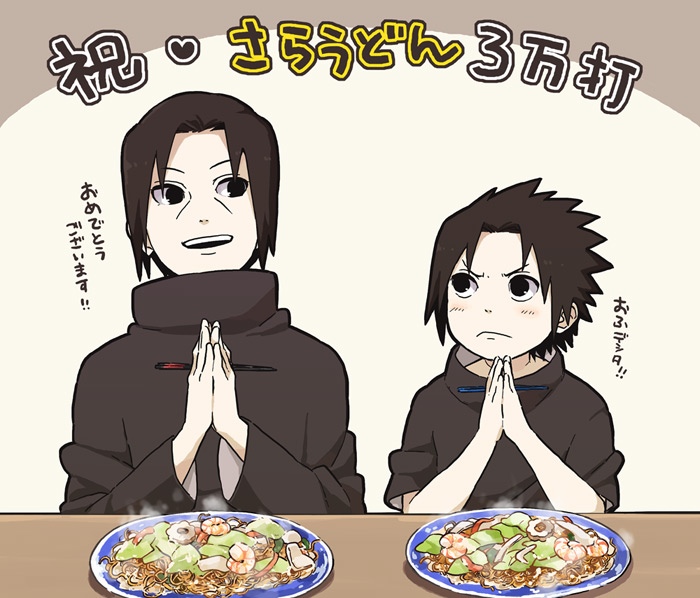